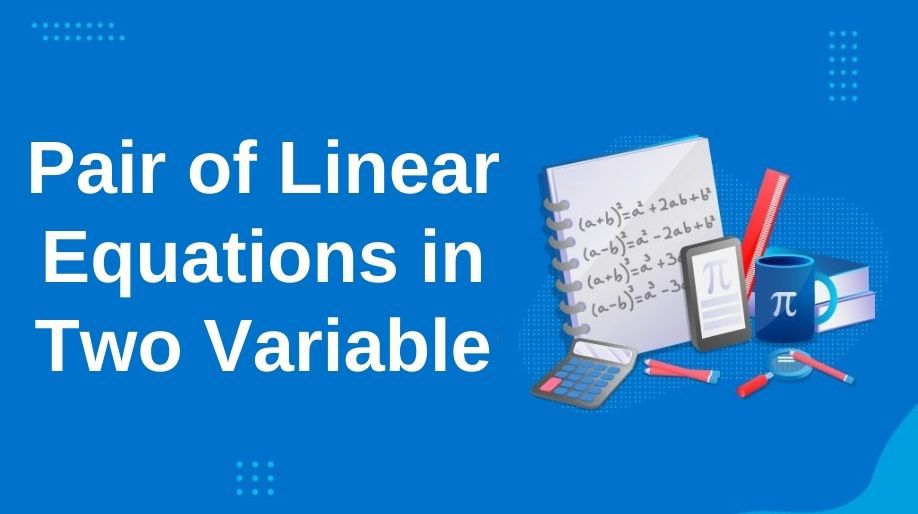 We all come across many equations in which some contains one or two or three variables. And for solving these equations we require exactly the same number of different equations according to the number of variables. But here an important point is to be noticed that the equations must be linear but, why? Let’s try to find out the answer to such questions.

On solving the two equations we get values of x and y which are called as the solutions of these equations.

Solutions of the Equations

As discussed above on solving the linear equations we can find out the solutions and these solutions follow some basic rules which are:

If a pair of a linear equation has infinitely many solutions then it is called as the dependent pair of linear equations and pretty obvious that it will be consistent also.

We can solve the pair of linear equations by two methods which are:

Graphical method is very easy but requires high precision as the graphs have to be made very carefully because as the graph changes the solutions as well as the coordinates of the intersecting point changes.

Solution: We will plot the graph of the lines individually and then try to find out the intersection point. 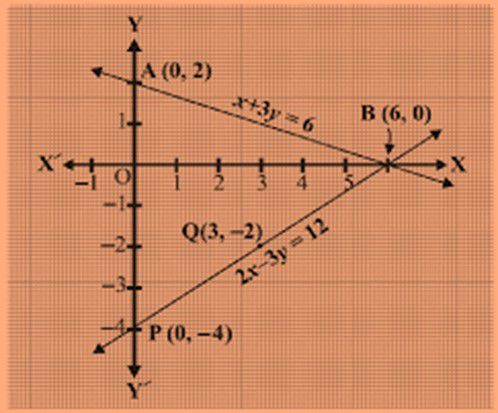 An algebraic method includes certain methods which are:

Example 2: Find the solution of the linear equations 4x+y=7 and x+y=4 by the substitution method.

STEP 1:  Writing the value of any variable in terms of the other variable. For example, if any linear equation is 4x+y=7 then we can write it as y = 7-4x.

STEP 3: Now by using the value obtained in step 2 find the value of the next variable.

Example 3: Use elimination method to find the solution of the following equations:

On adding both the equations we get

Let us consider a pair of linear equations in two variables

Step 1: we will multiply the 1st equation by b2 and 2nd by b1 that is by the coefficients of y.

Here we can see that we have two cases 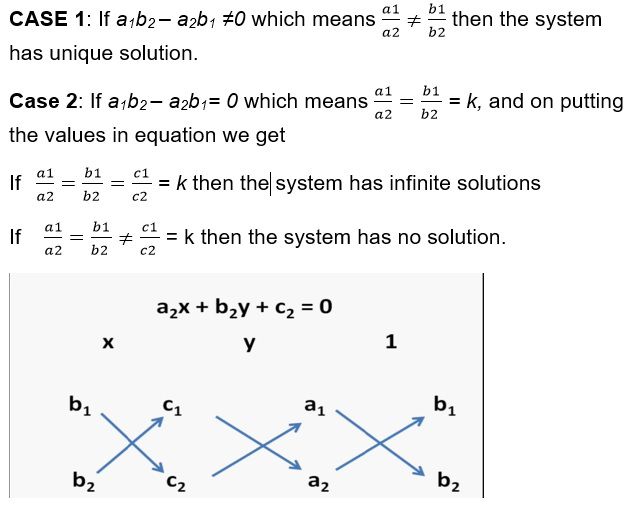 We all have to deal with a lot of real-life entities in which we will surely use this system of linear equations in two variables and it’s quite obvious that we are not going to get these equations as it is so let’s learn how to reduce equations to this form through an example:

Solution: As it can be observed the equation is not of the form ax+by=c hence we have reduced it to its general form of linear equations:

So the equation can be written as

And on solving the equations by any of the above mentioned method we get,

Q1) What is the degree of each term in a pair of linear equation in two variables?

Q2) The area of a rectangle gets reduced by 9 square units, if its length is reduced by 5 units and breadth is increased by 3 units. If we increase the length by 3 units and the breadth by 2 units, the area increases by 67 square units. Find the dimensions of the rectangle.

Quiz for Pair of Linear Equations in Two Variable