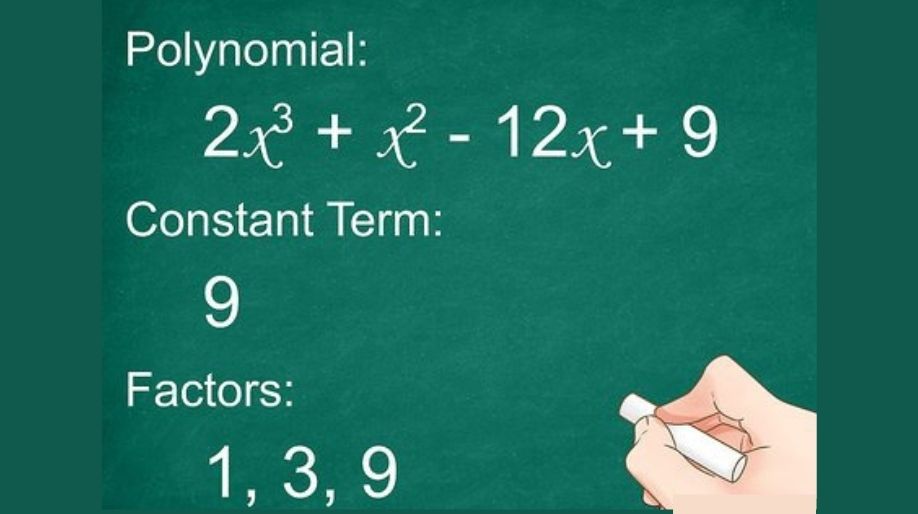 A polynomial is an expression of several terms of different powers of a same variable undergoing algebraic operations.

If p(x) is a polynomial in x, then the highest power of x in p(x) is called as degree of the polynomial.

More generally, a real number k is said to be a zero of a

Significance of Zeros of Polynomial

We all know that for every equation or expression that can be written on the paper can also be represented graphically on the Cartesian plane.

Thus the zeroes here helps us in determining how many times the curve will cut the X axis.

Example 1: Identify the number of zeros of the following graphs.

The second graph has 4 zeros which are

If we consider a quadratic polynomial ax2+bx+c then it will have at most two zeros known as α and β, and these two zeros have some special property: 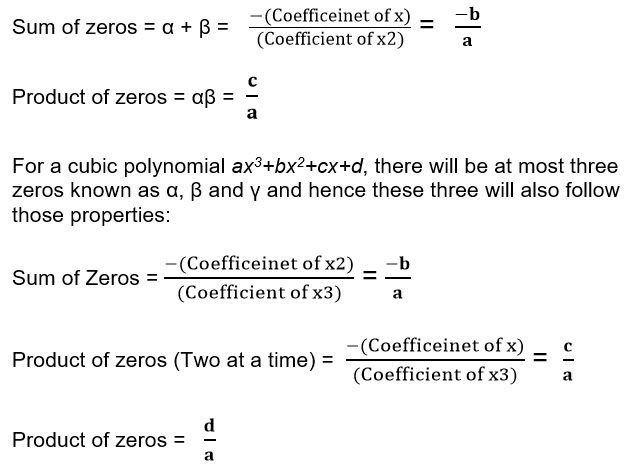 Example 1: Find the sum and product of the roots of the quadratic equation x2-5x+6.

Solution: On comparing the quadratic equation with the general form we get a=1, b=-5, c=6.

This result is known as Division Algorithm

On applying the division method and on using the formula: 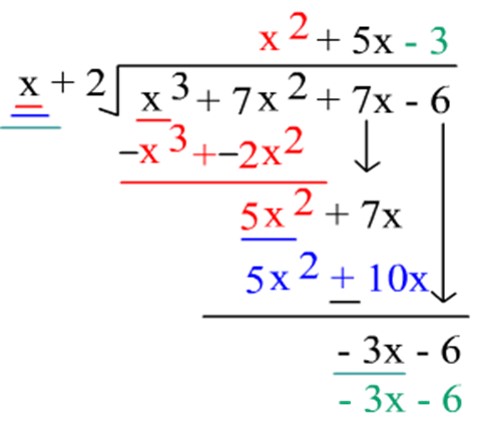 Q1) If any polynomial cuts the X axis 3 times and touches it for 2 times then how many zeros does this polynomial has?

Q2) If any polynomial cuts the X axis 2 times and the Y axis 5 times. Then how many zeros are there of the polynomial?

Q3) Find the sum and product of the roots of the following polynomials:

Q4) Find the value of the remainder and quotient when the polynomial x4-5x+6 is divided by 2-x2.

For an quadratic equation ax2+bx+c 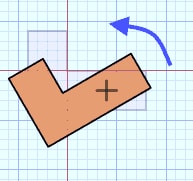