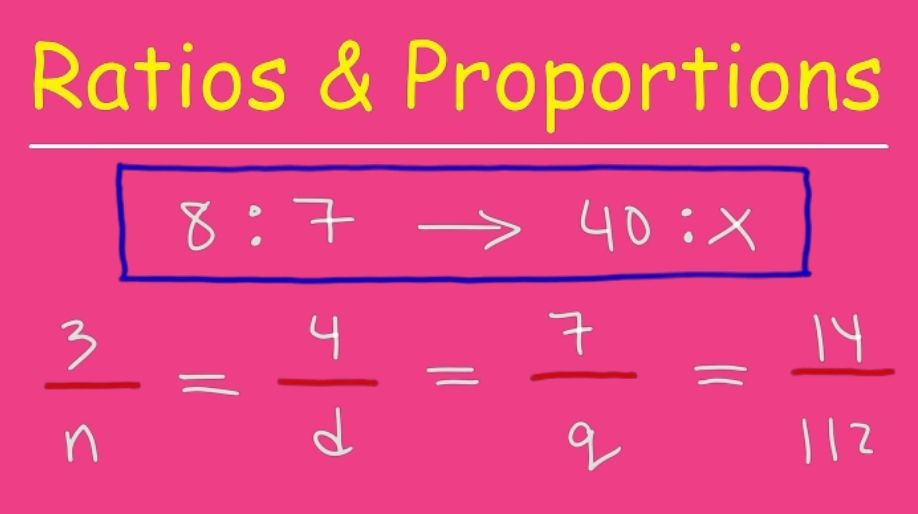 What is ratio and proportion? We all come across various kinds of comparisons in each and every field. We do the comparison by how many times or by how much? Here we will learn more about the above questions.

In mathematics, we define a ratio as a relationship between two numbers indicating how many times the first number contains the second number.

In simple words we can say that a ratio is a comparison between two numbers which tells us that first number is how many times the second number.

Here an important is to be remembered that only those quantities can be compared which has the same unit or they are in the same unit.

Solution: The ratio of length to breadth will be 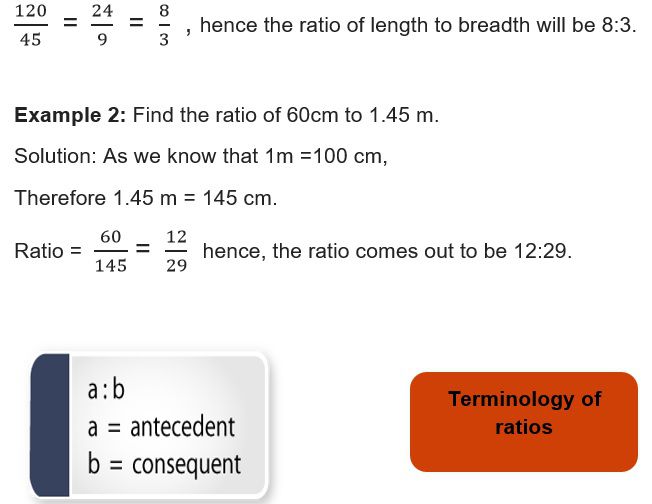 A proportion is a name which we give to any statement that two ratios are equal. It can be written in two ways, two equal fractions, or, using a colon, a: b = c: d or a: b::c:d.

Since both the ratios are equal and hence the terms are in proportion.

The method in which we first find out the value of one unit and then the value of required number of units is called as Unitary method.

Quiz for Ratio and Proportion