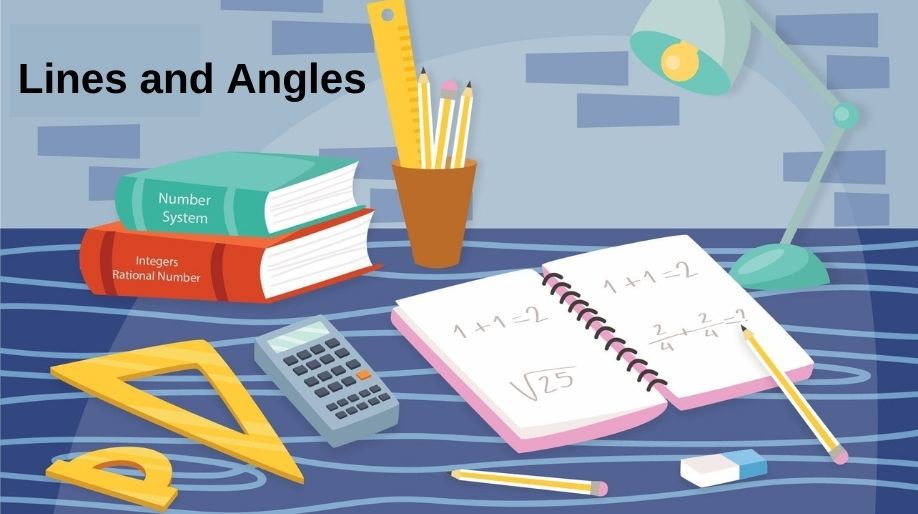 We all know that to draw a line we require minimum two points. When two lines are drawn, they can either be parallel or they can be intersecting each other. Here we are going to learn about the angles which lines make when they intersect and the properties of the angles.

Let us start from some basic terminologies and revise them:

Line: A line is a straight path extended to both the direction such that it doesn’t have any endpoints.

Line Segment: A line segment is a part of a line having two endpoints.

Ray: A ray is a part of a line having a single endpoint only.

Acute Angle: When the measure of an angle is less than 90°.

Obtuse Angle: When the measure of the angle is greater than 90°.

Straight Angle: When the measure of an angle is 180°.

Right Angle: When the measure of the angle is exactly 90°.

When two lines are parallel to each other, they can never meet at any point and hence they are said to be non-intersecting lines.

When two lines are not parallel, it is definite that they are going to meet at least at a single point and hence they are said to be intersecting lines.

Here we are going to learn about the angles and the properties of these angles.

The above two are actually axioms and together are known as linear pair axioms.

A line which intersects two or more lines at distinct points is called as a traversal. 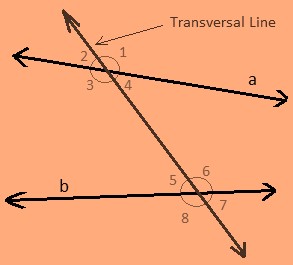 The above figure shows the traversal line which intersects the two lines a and b at two distinct points.

Here we can draw some conclusions from the above figures which are:

There are certain axioms related to the traversal lines, let’s learn about them:

According to the angle sum property of a triangle, the sum of all the interior angles of any triangle will be 180°.

Here we are going to discuss about the various theorems which are related to the topic and hence we will learn how to use these while solving the questions. 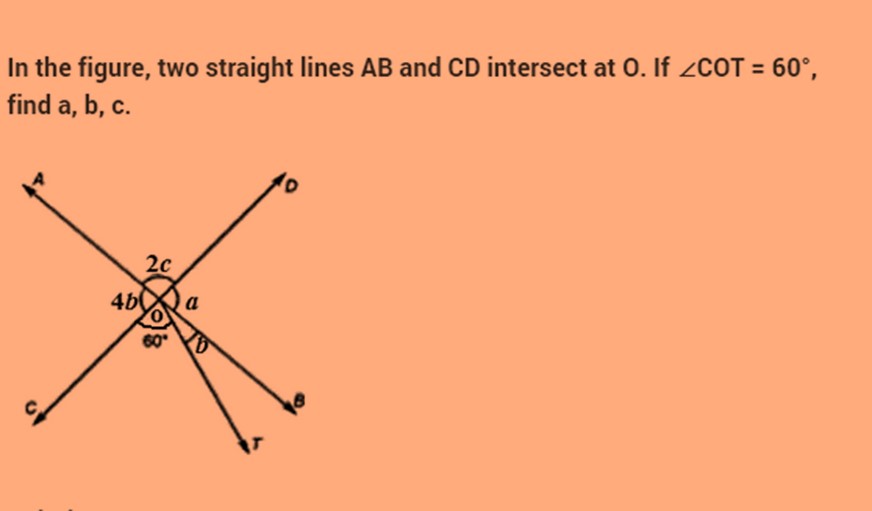 Solution: Since AB and CD intersect at O

As we know that sum of adjacent linear angles is 180° and hence,

And on putting the value of a, we get

Example 2: Find the value of x

Solution: As we know that the sum of the adjacent linear angles formed by the ray is 180°.

Example 3: In the given figure if the measure of the angle NOY is 60°, then Find the value of angles a, b and c. 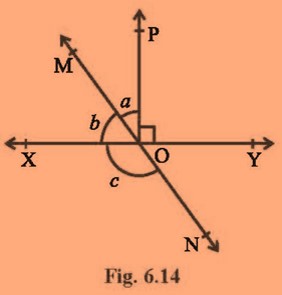 Solution: As we can see that angle NOY and b are vertically opposite angles, hence

Now as we know that the sum of the adjacent linear angles formed by the ray is 180°.

Now from the same property, we can also say that 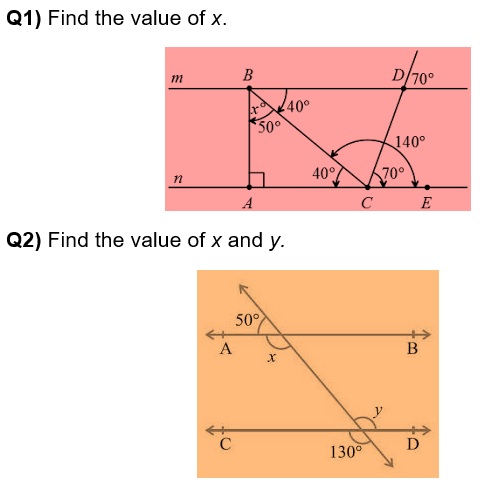 Quiz for Lines and Angles