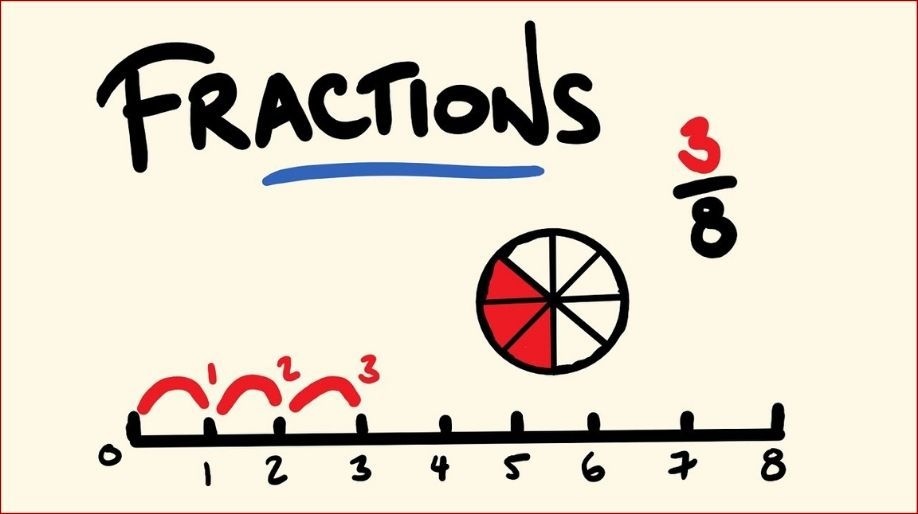 Fraction is defined as a part of something. We use the terms denominator and numerator to express the fraction. 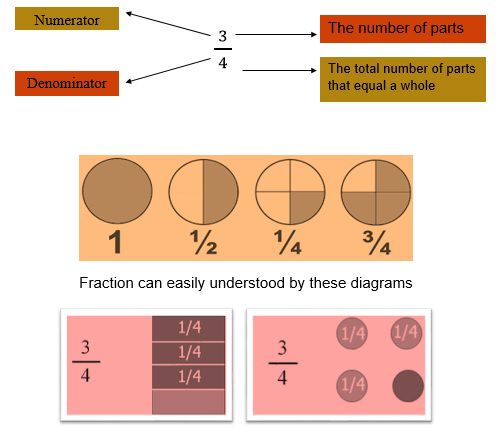 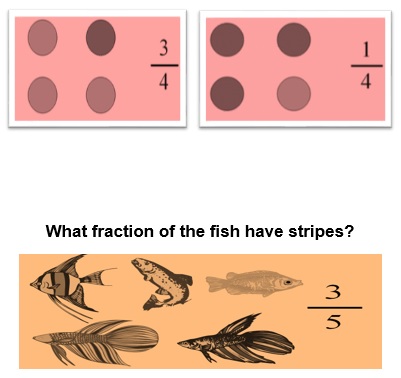 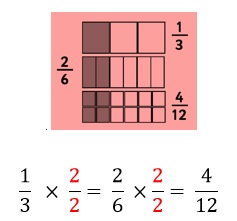 An improper fraction is a fraction where the numerator (the top number) is greater than or equal to the denominator (the bottom number). In other words, it is top-heavy. 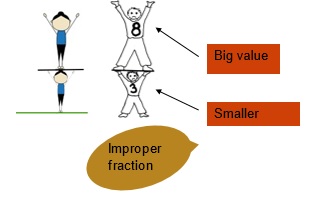 When a fraction is composed of:

it is called as a mixed fraction. 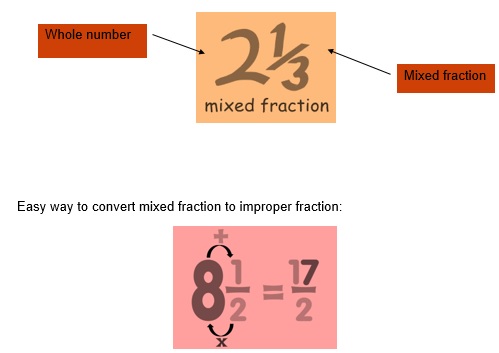 When fractions have same denominator, it is called liked fraction. 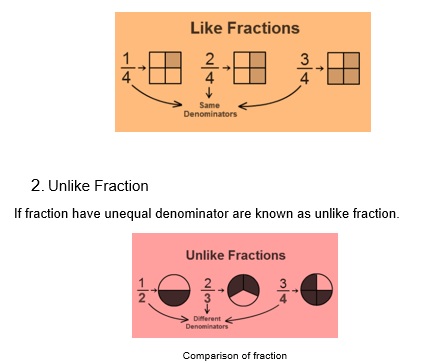 If the denominators are same then we can decide that the fraction which is having the greater numerator is greater. 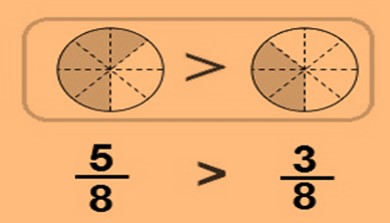 If the denominators are different then we have to convert each fraction into equivalent fraction with the common denominator.

To make the denominator same we have to apply the concept LCM. 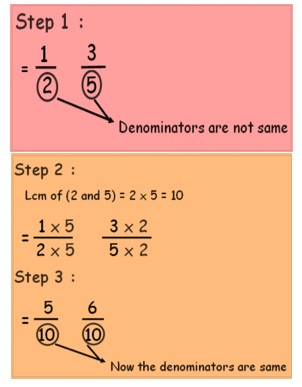 CASE 1. IF DENOMINATOR ARE SAME just add the numerator and write down the denominator which is same for eg.

Case 2. IF DENOMINATOR ARE NOT EQUAL, make denominator equal by 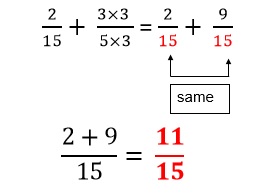 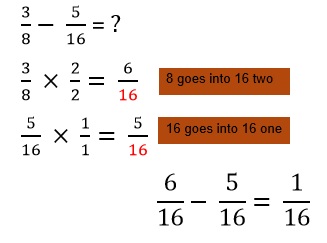 Other Chapters of Class 4