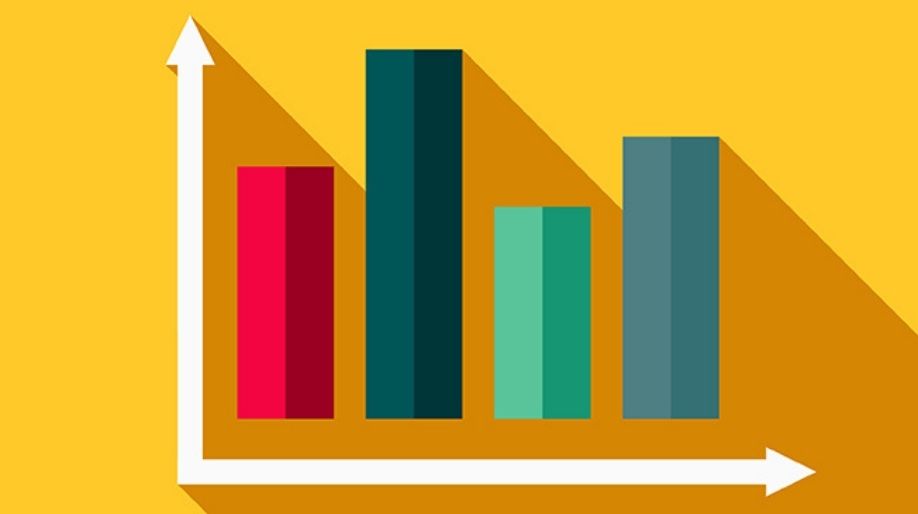 We all come across such a huge amount of data whether the marks, attendance, numbers and a lot more.

We all need to arrange these data according to our need so that in future the accessibility of the data is easy. Here we are going to learn about the handling of the data and how it has to be done.

For example, when we watch a cricket match the runs scored by the batsmen, by the team, the wickets were taken by the bowler, the run rate etc are all recorded. These all are data and how the recording of data and presenting them in front of the viewers such that they are able to understand it is called as Data Handling.

We all can see in the following tally chart that which is the favorite part of Christmas of how many people and here each of the tally marks shows a single person who likes that part of Christmas. 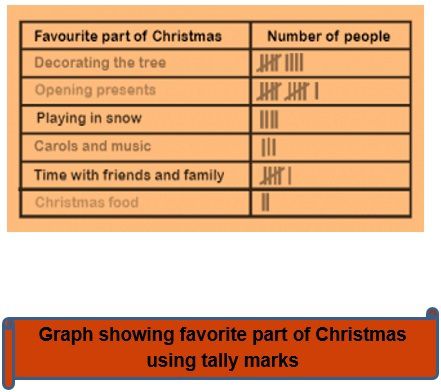 Example 1: The following pictograph represents the data of the number of books sold in a week at a library. After analyzing the graph answer the following questions.

Solution: a) The number of books sold on Saturday was 7.

Example 2: The following graphs shows the numbers of students whose birthdays fall on the month of January to February. Study the graph properly and answer the following question: 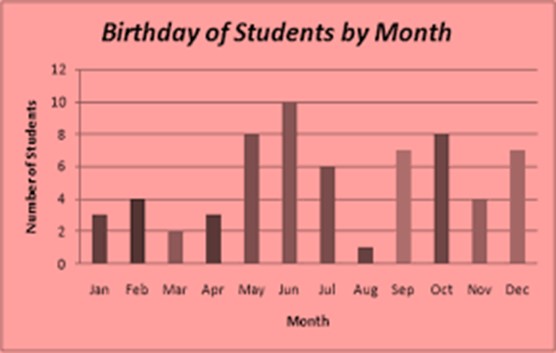 Solution: After analyzing the graph

a) 8 students have their birthdays on May and only 1 student has his birthday in August.

b) On the month of June 10 students have their birthdays.

c) On the month February and November 4 students have their birthdays.

Q1) Analyze the graph and answer the following questions: 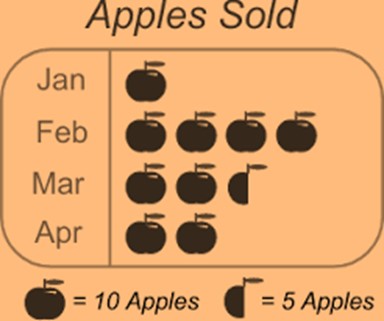 How many apples are sold in the month of February?

b) In which month maximum and in which the minimum number of apples were sold?

Q2) Analyze the graph and answer the following questions: 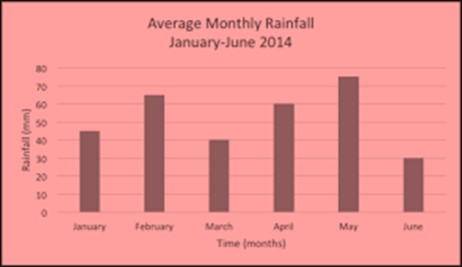 a) In which month maximum rainfall took place?

b) In which month minimum rainfall took place?