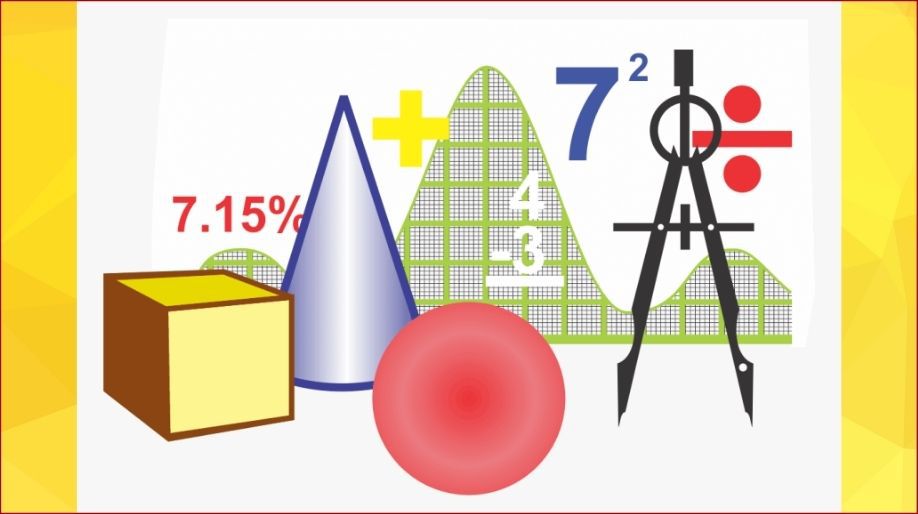 An angle is the combination of two rays with a common end-point. 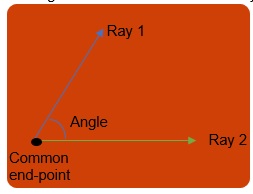 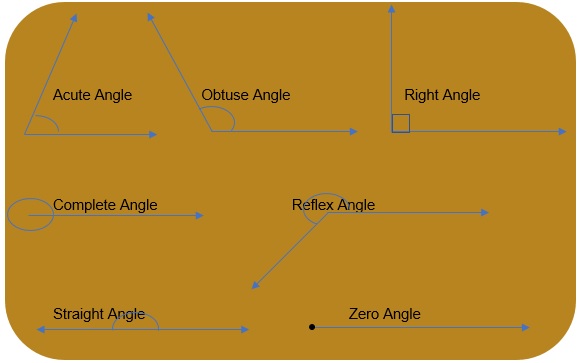 Construction of a 20 degree angle using ruler and compass. 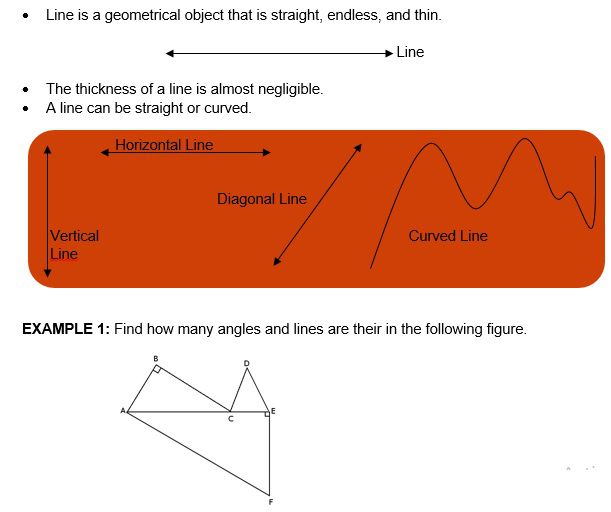 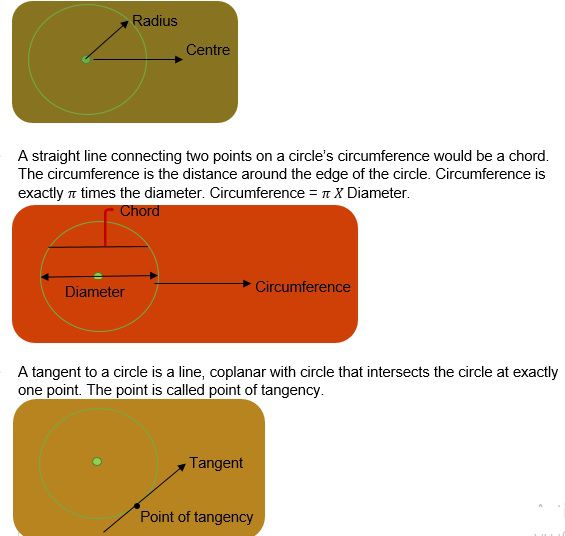 EXAMPLE 1: The radius of the circle is 3 cm. Find its diameter, circumference, and area.

EXAMPLE 2: Find the number of triangles in the following figure and name them. 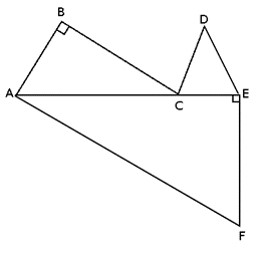 Perimeter and Area of Squares and Rectangles 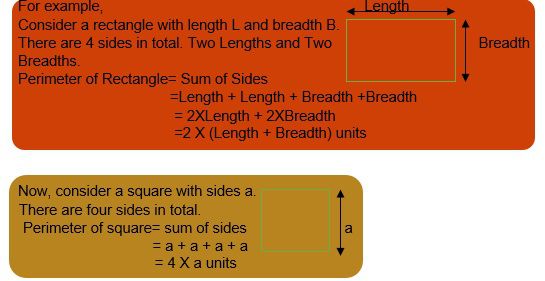 EXAMPLE 1: Find the area and perimeter of a rectangle with length 1cm and breadth 2cm

EXAMPLE 2: Find the area and perimeter of a square with side 3cm. 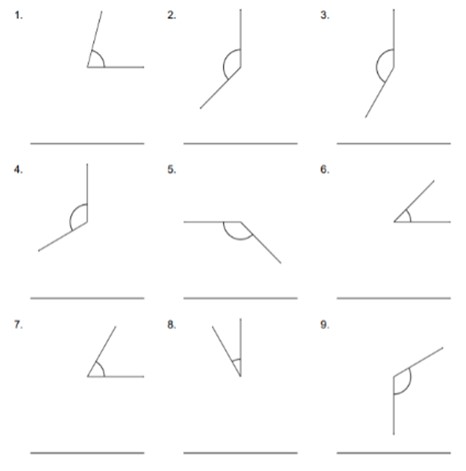 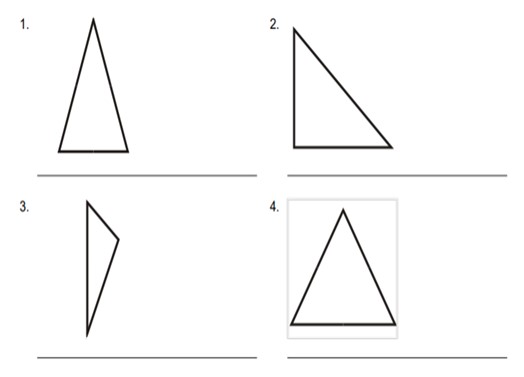 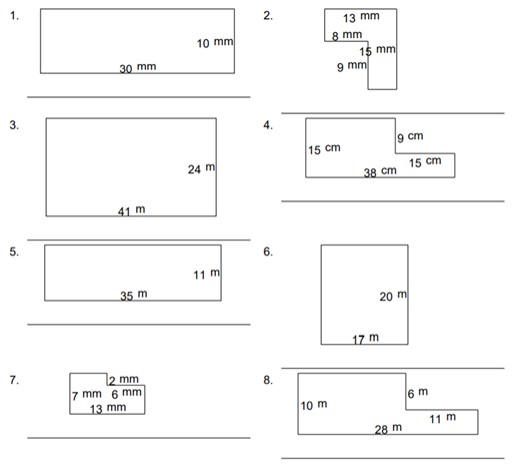 Q4) Find the area and perimeter of the square below. 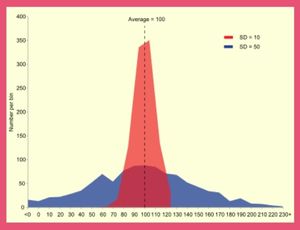